You hear but do you listen?

I truly never understood that until I had an interaction with an individual that taught me there is more to conversation than just hearing.

Coop and I were at the grocery store and a young man started waving and yelling at me from the end of the aisle. At first I wasn’t sure if he was speaking to me so I let it go. After a few more “Hey’s and Hello’s” and looking around to realize it was me he was talking to, I said hey back. The young man proceeded to run down the aisle excitedly as if my hello was the invitation for conversation. I realized this boy was autistic and whatever my response was a trigger for him. He introduced himself and asked our names and once that was out of the way he was a multitude of questions. Anything from did we have a cat to if we liked basketball? When I said yes about basketball, he said we should all get together and go to a game. We continued conversation and I asked him if he was at the store with anyone, he replied his dad who came around the corner shortly after. His dad apologized to me, which surprised me because I didn’t mind spending a few minutes talking to his boy. It seemed to make his day and though Coop was hesitant he started opening up and talking as well.

He and his dad continued on their shopping and he yelled back how we were his friends now and he hoped to see us again soon! It touched my heart that his perception was so pure that he would make friends with anyone that was friendly back and was genuinely vested.

Coop and I finished our shopping and were headed to the front when I hear, “Hey Tanya and Cooper come stand with us!” I did of course but I paused. While I was interacting with this young man I realized I never actually caught his name. He told me but I was so “busy” hearing him I didn’t listen to him. This was a revelation for me not only in this instance but how many times in life I have heard someone but didn’t listen.

“Listening with intent isn’t a technique, it’s a personal value backed by behaviors that cause us to shift from the movie about ourselves running in our own minds to focusing on the movie or picture being created by another.”  Stephen Covey

This experience has opened my eyes how to listen and not just hear, as this young man did. I listen with intent and am genuinely in the moment and the conversation versus allowing the things around me command my attention. Take the time to be present and cultivate relationships. There may be a time when you will not have the opportunity to have conversation again…. 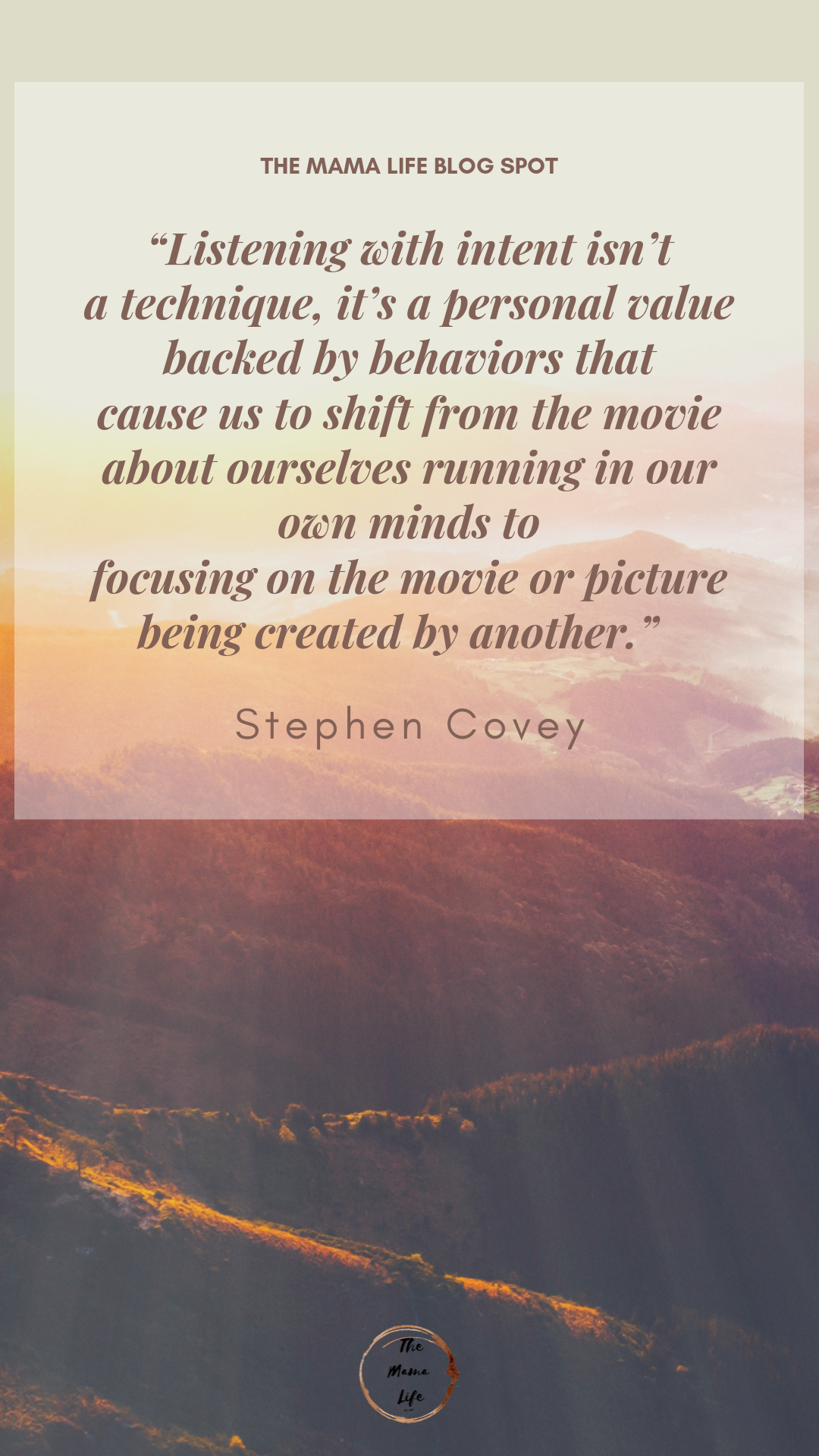 Renovating Your Home While On Vacation