Our greatest fear is that our children will lose the battle with their addiction. For some families, this fear has become their new reality.

June 26th, 2017 is the day that shook our world. We received word my husbands eldest nephew, Jake, lost his fight with his demons. After achieving a period of abstinence, the devil knocked on the door, he answered and his body failed him.

The shock that took me is indescribable. It had been less than a week since we talked and he told me how great he was doing and I expressed how proud of him I was. For a moment I believed there was hope! He had beat the addiction and was living the new life ahead of him. One phone call erased all of it.

An overdose death is different from any other kind of death. It is a needless preventable death and that is why it is so difficult to grasp & heal from. We have all said what could we have done different? How could we have protected him more? These questions only bring on more torment which results in yet more questions.

Real empathy is sometimes not insisting that it will be okay but acknowledging that it is not.~ Sheryl Sandburg

The number of people that suffer from substance abuse is alarming. It is estimated that between 26.4 million and 36 million people worldwide suffer from substance use disorders to prescription opioid pain relievers, according to the National Institute on Drug Abuse. Jake’s addiction started with pain medications and snowballed from there. While researching, I have learned a large percentage of those addicted started with opioid pain pills.

On the Executive Summary the following statistics were given:

Again, the numbers are staggering!

This brings me to my next point. There are not enough resources in our country to help the addicted. With 59,000 deaths in 2016, more Americans die from drug overdoses than from car accidents or any other type of injury.

Many of these deaths could be prevented if patients had better access to substance abuse therapy, experts say. Yet people battling addiction say that treatment is often unavailable or unaffordable.

Only 11% of the millions of Americans who need treatment get it, according to the Substance Abuse and Mental Health Services Administration. While some of those who went without care did so by choice, a large number tried and failed to get treatment.

“We know addiction treatment saves lives, reduces drug use, reduces criminal activity and improves employment,” says Paul Samuels, president and director of the Legal Action Center, which advocates on behalf of people with HIV or addiction. “The data is there, the evidence is in, but our public policy has not caught up with the science.”

A recent report from the National Alliance on Mental Illness found that patients continue to be denied care more often for substance abuse than for other medical issues.

Insurance hassles are only one of the barriers facing families trying to get help for substance abuse, said Emily Feinstein, director of health law and policy at the National Center on Addiction and Substance Abuse at Columbia University.

There’s also a shortage of trained health providers. Many physicians have little to no training about treating substance abuse, Feinstein said. Some feel uncomfortable with patients dealing with addiction. Others would like to treat addiction, but can’t afford to specialize in the field full-time because insurance reimbursement rates are so low.

With the growing crisis in our country time for change is now! We need improved insurance coverage, private and public, to cover all aspect of treatment and not limited. We need health providers with ample training and payment to assist those addicted. There needs to be education to the patient from a doctor when being prescribed an opiate and the possibly addiction. We need awareness!

Jake will always be in my heart. I will hold on to our memories of fishing, dancing at my wedding, and almost shooting himself in the foot while playing cowboy and many more! When tears threaten to come, I will hold on to the wonderful memories and smile through the pain. 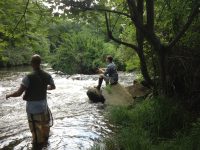 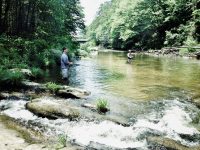 Resources to help with grief during loss: