I wrote this some time ago and feel it is appropriate to resurrect.  I wrote this the day after the Sandy Hook tragedy.

I know a lot of us are attempting to make sense of the past few days events (I know I have been). Through all of my thoughts and prayers this is what I have come up with.

One question I have for you is…What have you feed your spirit today?

We are consumed with our everyday lives that we forget there is a world that exists beyond our four walls. I do not speak of your neighbor or co-workers I am referring of the spiritual world. What is that you say? It is the unseen influences that go beyond what we see, live and breathe.

To illustrate the spiritual world let’s look at two brothers. These brothers lived happy lives, as far as we know. They had no worries played as they wanted, had plenty of food and parents that loved them. They were both raised with values and to have a relationship with God. They prayed to him daily and lived their lives accordingly. Then one day one of the brothers became jealous and jealousy consumed his soul (spirit). So much so that he took his brother’s life. There was never a motive for murder or explanation why.

Some would blame the parents or the violence that is seen on the TV or video games. It mean it had to be all of the influences for why else would someone brutally murder their own brother. Maybe he was just mentally ill, that is the customary throwback for when we can’t explain something. Problem is with all of our theories there were no guns, TV’s, video games or sources of violence.

This was the first murder in humanity. Cain killed his brother Abel out of an evil spirit. Cain feed his spirit through his mind with jealousy. He consumed himself in it to the point of rage and eventually to murder.

I don’t need to tell you the outcome of a diseased spirit. So how do you feed your spirit? This is much deeper than praying. This is how we treat each other, friend or stranger. How we speak to each other. Things that we listen to, that we watch. Things that will penetrate our soul (spirit). Get rid of the noise pollution. Create space and time to “just be”. Pray, meditate, find what you love to do and take the time to bring peace to your soul. Create a vessel that evil is discouraged to dwell in not only in ourselves but the lives we touch.

It is also our responsibility as parents, grand parents, aunts, uncle’s, neighbors and brothers & sisters in Christ to feed children spiritually. We are to encourage them, teach them, help them grow and shelter them from the things that can disease their spirit (soul). The comment it takes a village to raise a child still holds true. We need each other. We can’t become a secluded society that adopts the mindset that a mom, dad, single mom, single dad, grandparents etc. can do this on their own. We need to adopt community values again and become a bit more “Mayberry”.

Call it ole fashion but we took a good thing and broke it….It’s time to get back to basics… 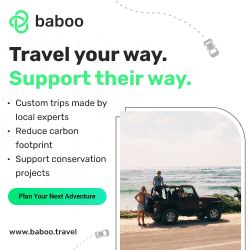